I’ve had a busy week dealing with the aftermath of Anahad O’Connor’s New York Times story about how Coca-Cola pays scientists who argue that obesity is more about activity than what you eat—drinking sodas, for example (I’m quoted).   It’s gotten 1180 comments. 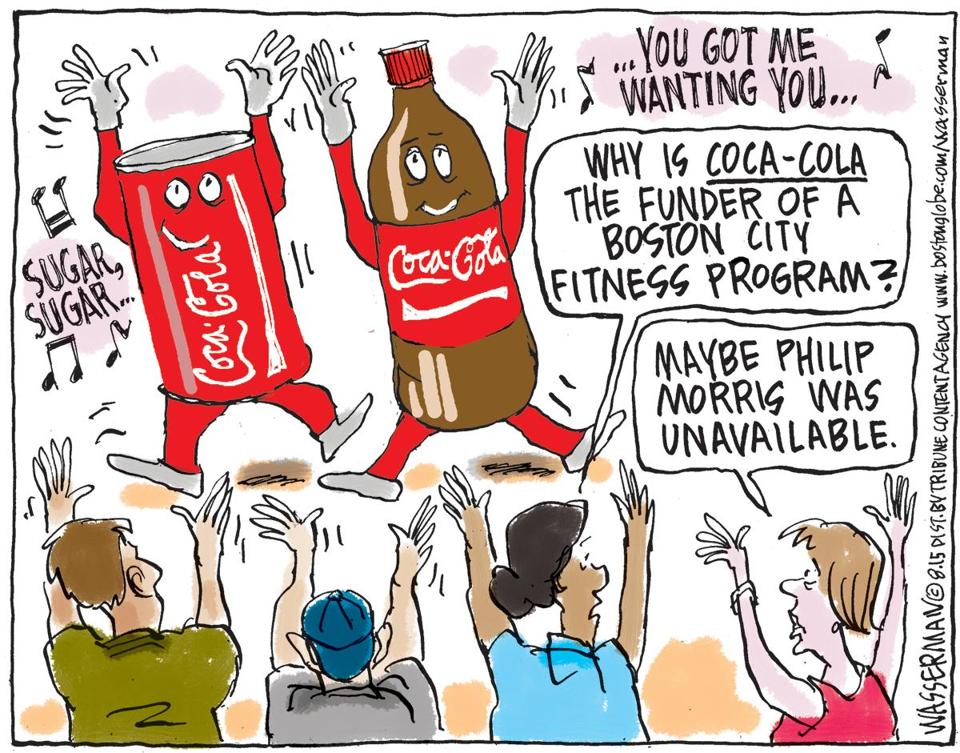 In all fairness, let’s see what Coca-Cola’s Chief Technical Officer, Dr. Ed Hays, says in response (straight out of the tobacco industry’s playbook):

I was dismayed to read the recent New York Times’ inaccurate portrayal of our company and our support of the Global Energy Balance Network (GEBN). The story claimed Coke is funding scientific research to convince people that diets don’t matter – only exercise. In fact, that is the complete opposite of our approach to business and well-being and nothing could be further from the truth.

Yes, we fund scientific research through GEBN and we are proud to support the work that scientists such as Dr. Jim Hill and Dr. Steve Blair do – because their type of research is critical to finding solutions to the global obesity crisis.

At Coke, we believe that a balanced diet and regular exercise are two key ingredients for a healthy lifestyle and that is reflected in both our long-term and short-term business actions.

The article even got the attention of Congress.  Here’s the statement from Rosa de Lauro (Dem-CT), sponsor of The SWEET Act to tax sugars:

This research is reminiscent of the research conducted by the tobacco companies to mislead the public about the health risks of smoking.  The American public will not be fooled. There is a wealth of sound scientific research that demonstrates the link between sugar-sweetened beverage consumption and a host of health conditions, including diabetes, heart disease, and obesity.  This new group and their research are a sham,” DeLauro said.  “People want to be healthy and they want their kids to be healthy and realize that drinks full of empty calories are not good for them. That is why more and more Americans are opting to drink less soda every year.

I wrote a piece for The Guardian, which I will post tomorrow.

I don’t keep track of my interviews or media appearances unless people send me links (I post them under Media), but Rachel Harrison at NYU kept score yesterday.  As I said, a busy couple of days.

the evidence continues to mount that sugar-sweetened drinks are a major contributor to obesity, heart disease and diabetes, and that exercise makes only a modest contribution to weight loss compared to ingesting fewer calories.