This report documents how Monsanto manipulated public opinion to minimize concerns about the potential dangers of glyphosate (Roundup).

In this report, we show how pesticide companies not only followed in the footsteps of Big Oil and Big Tobacco, they helped to write the public relations playbook that obscures the dangers of widely used products that science shows are threatening human and environmental health around the globe.

This report about Monsanto’s campaign to defend glyphosate tells one piece of a broader story: that for decades, pesticide companies have waged expensive PR campaigns to shape the narrative about science and our food system, pushing the twin ideas that pesticides — a term that encompasses insecticides, herbicides, fungicides, and more — are safe and that we need them to feed the world.

In recent years, groundbreaking global studies have shown the grave threat agricultural chemicals pose to biodiversity and public health and how they fail to deliver on their promises for greater agricultural productivity, leading to crop loss and weed and pest resistance.

For the data and for the details of Monsanto’s highly effective PR campaign. 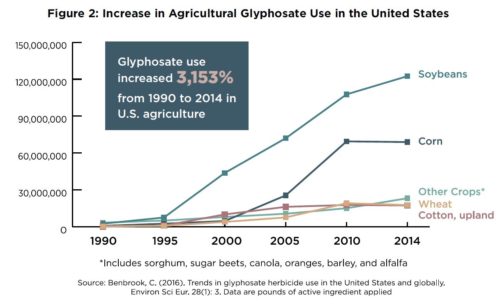