Are organic foods more nutritious? And is this the right question?

I received a press release last week announcing the release of a new meta-analysis of more than 300 studies comparing organically produced foods to those produced conventionally.  The results show that organic foods have:

I was interviewed by the New York Times about this study:

Even with the differences and the indications that some antioxidants are beneficial, nutrition experts said the “So what?” question had yet to be answered.

“After that, everything is speculative,” said Marion Nestle, a professor of nutrition, food studies and public health at New York University. “It’s a really hard question to answer.”

Dr. Nestle said she buys organic foods, because she believes they are better for the environment and wants to avoid pesticides. “If they are also more nutritious, that’s a bonus,” she said. “How significant a bonus? Hard to say.”

She continued: “There is no reason to think that organic foods would be less nutritious than conventional industrial crops. Some studies in the past have found them to have more of some nutrients. Other studies have not. This one looked at more studies and has better statistics.”

1. The study is not independently funded.   One of the funders is identified as the Sheepdrove Trust, which funds research in support of organic and sustainable farming.

This study is another example of how the outcome of sponsored research invariably favors the sponsor’s interests.  The paper says “the  Trust  had  no  influence  on  the  design  and management of the  research  project  and  the  preparation  of publications  from the project,” but that’s exactly what studies funded by Coca-Cola say.  It’s an amazing coincidence how the results of sponsored studies almost invariably favor the sponsor’s interests.  And that’s true of results I like just as it is of results that I don’t like. 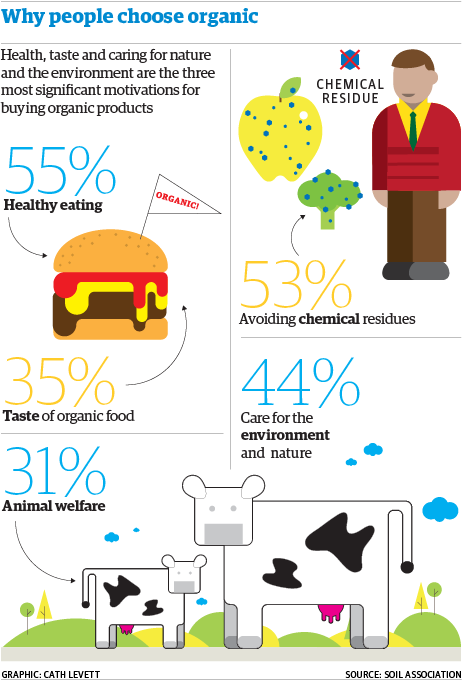