Jennifer Gaddis.  The Labor of Lunch: Why We Need Real Food and Real Jobs in American Public Schools.  University of California Press, 2019. 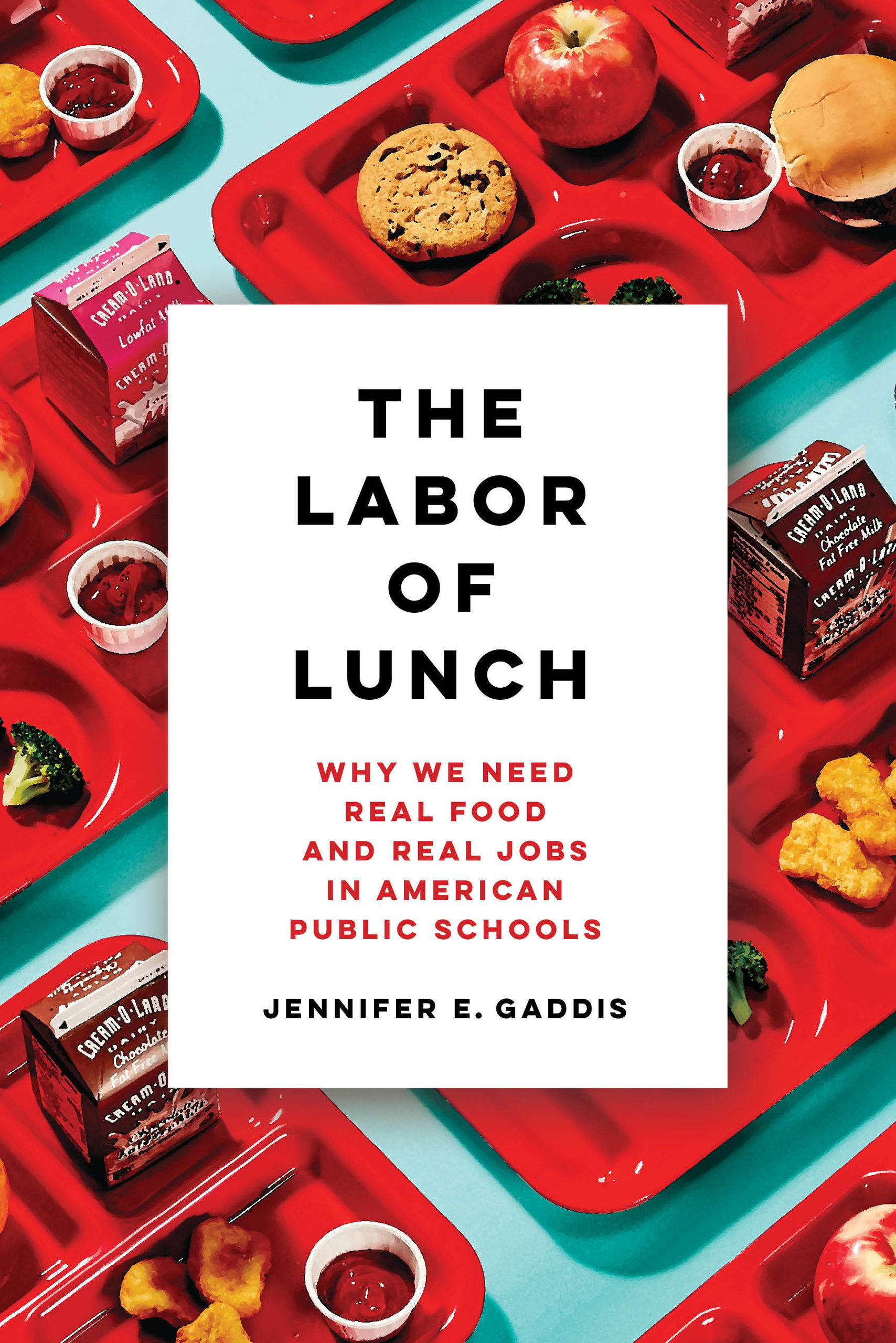 This book is a welcome addition to the growing library of works focusing on labor in the food system.  This topic deserves attention and Gaddis is looking at the plight of an especially neglected group, the people who make and serve food to kids in schools.   Unlike any other school program, the USDA-managed National School Lunch—and Breakfast—Programs are expected to be self-supporting through payments by parents and federal reimbursements.  They are chronically underfunded and issues of cost matter far more than food quality.

Gaddis lays out the issues in her introduction:

The NSLP [National School Lunch Program] operates largely as a social welfare program for low-income families and a public subsidy for large-scale factory farms and processed-food companies.  Since the 1970s and the widespread embrace of neoliberal political and economic projects, the pursuit of cheap food, cheap labor, and cheap care has pushed millions of middle- and upper-middle-class families out of the NSLP.  They pursue seemingly “better” algternatives for their own children, but in so doing they fail to hold Congress, the US Department of Agriculture (USDA), and Bg Food companies accountable for the quality of the NSLP…[This] inadvertently reduces political will to invest in an NSLP that provides high-quality food and care for all children and families. [p. 4]

The story she tells here is not pretty—it is one of contempt for the poor coupled with protection of big business, along with lack of political will and weak civil society demand.

One of the great ironies of this advice is that the School Nutrition Association, which represents food service workers, opposes advocacy for better quality food, in part as Gaddis explains, because it has been captured by the processed food industry.

The book comes with resources.