Will wonders never cease.  You might think that of course the School Nutrition Association, which represents people who cook and staff school meal programs, would be in favor of universal free meals for all school kids, but I was amazed to see its 2023 Position Paper.

This asks Congress to:

I’m surprised because this is the same organization that fought improvements to the rules for school meals, as I have discussed previously.

I think it’s terrific that the SNA is now at the forefront of child nutrition advocacy.

See what it’s doing to advocate.

The groups signed a letter calling for:

Community eligibility allows high-need schools to offer free meals to all students at no charge. It reduces administrative work for school districts; allows them to focus on providing healthy and appealing meals to students; supports working families who don’t qualify for free school meals; ensures that all students have the nutrition they need to learn and thrive; and eliminates unpaid school meal fees…Studies have shown participation in school meals improves students’ attendance, behavior, and academic achievement, and reduces tardiness. Students who eat breakfast at school perform better on standardized tests than those who skip breakfast or eat breakfast at home, and have improved scores in spelling, reading, and math.

We had universal school meals during the pandemic.  This was:

Universal school meals would save administrative costs.  Yes, they would cost more, but not that much more.

And the payoff in kids’ health would be terrific.

This one is a no brainer.

Some good news for school meals I was happy to see this press release from the USDA: Biden-Harris Administration Invests $80 Million to Improve Nutrition in School.

School districts can use the funds to purchase upgraded equipment that will support:

This adds to what this administration is already doing for school meals.  It’s an impressive list.

At the request of Congress, the USDA’s Food and Nutrition Service (FNS) has just released “Added Sugars in School Meals and Competitive Foods.”  The report itself is at this link.

The idea was to find out whether schools were meeting the 10% standard: meals and snacks were not to exceed 10% of calories from added sugars.

Mind you, this says nothing about sweet snacks and candy used as rewards, treats, snacks, or celebrations in classrooms.

But if you want to know why nutritionists like me would like to see chocolate milk mostly kept out of schools, here’s why. I did a back-cover blurb for this one:

Unpacking School Lunch is a wonderfully written, fresh, original, and utterly compelling account of what advocates are up against in getting schools to serve healthier, more sustainable meals to kids.  This book is an absolute must-read for anyone who cares about what kids eat, not least for Weaver-Hightower’s remarkably astute analysis (“unpacking!”) of conservative opposition to improving school food.

And while I was reading it, I collected a few choice excerpts.

This is another terrific book about school food, and it could not be more timely.

For those of us who have long argued that it would be good for kids and for society if they were fed meals in school, no questions asked.

Nothing makes more sense to me than universal school meals.

I the pandemic did any good at all, it was to make school meals universal well into the second year.

It worked.  Kids got fed.  Schools didn’t have to police.

Yes it would cost money: an estimated $11 billion.

Our national priorities are clear from this chart.  Defense is 48%, and all agriculture and food programs together are less than 0.02%.** Or, to show what this looked like visually in 2019: Under the Families First Coronavirus Response Act, passed in mid-March 2020, the Agriculture Department was first given authority to issue waivers for a slew of regulations….The authority now expires in June. School nutrition program operators have been optimistically assuming that the waivers would get extended one more school year to help them transition

back to normal, as supply chains continue to short schools of basic staples like chicken and whole grain bread, and food costs remain high and staffing is so low it’s approaching crisis levels.

You can read about the politics in the Politico article as well.

This congressional decision is nothing short of disgraceful.  Congress should be ashamed.

What to do?  Scream and shout to your congressional representatives to get this reversed.

** Added note: Several readers wrote me to say that the Vox figures above refer to discretionary spending but leave out entitlements such as Social Security and SNAP.  Others said the figures underestimate military spending because they do not include veterans benefits and other such items.  Adding in all this would make the percentage for school meals even smaller.

Remember the fight over setting standards for reimbursible meals and a la carte products offered to kids in schools?

Michelle Obama’s Let’s Move! campaign set healthier standards for school foods.   Although you might think that serving healthy food to kids in schools would get lots of bipartisan support (who could possibly be against it), the standards got lots of pushback (too hard to implement, kids won’t like the food, too much food waste, too much nanny state).

That was then and this is now with pandemic-induced obesity rates rising among children, and supply chains making it hard for schools to feed kids in any way.

That has not stopped the Center for Science in the Public Interest, the American Heart Association, and the American Public Health Association from petitioning the USDA to put a limit on added sugars in school meals, to bring them into compliance with the Dietary Guidelines.  By law, the USDA must have school meals follow the guidelines, but this means rulemaking, and rulemaking takes time—lots of it.

Call for Comments:  The USDA invites comments on these transitional standards and on the next steps. 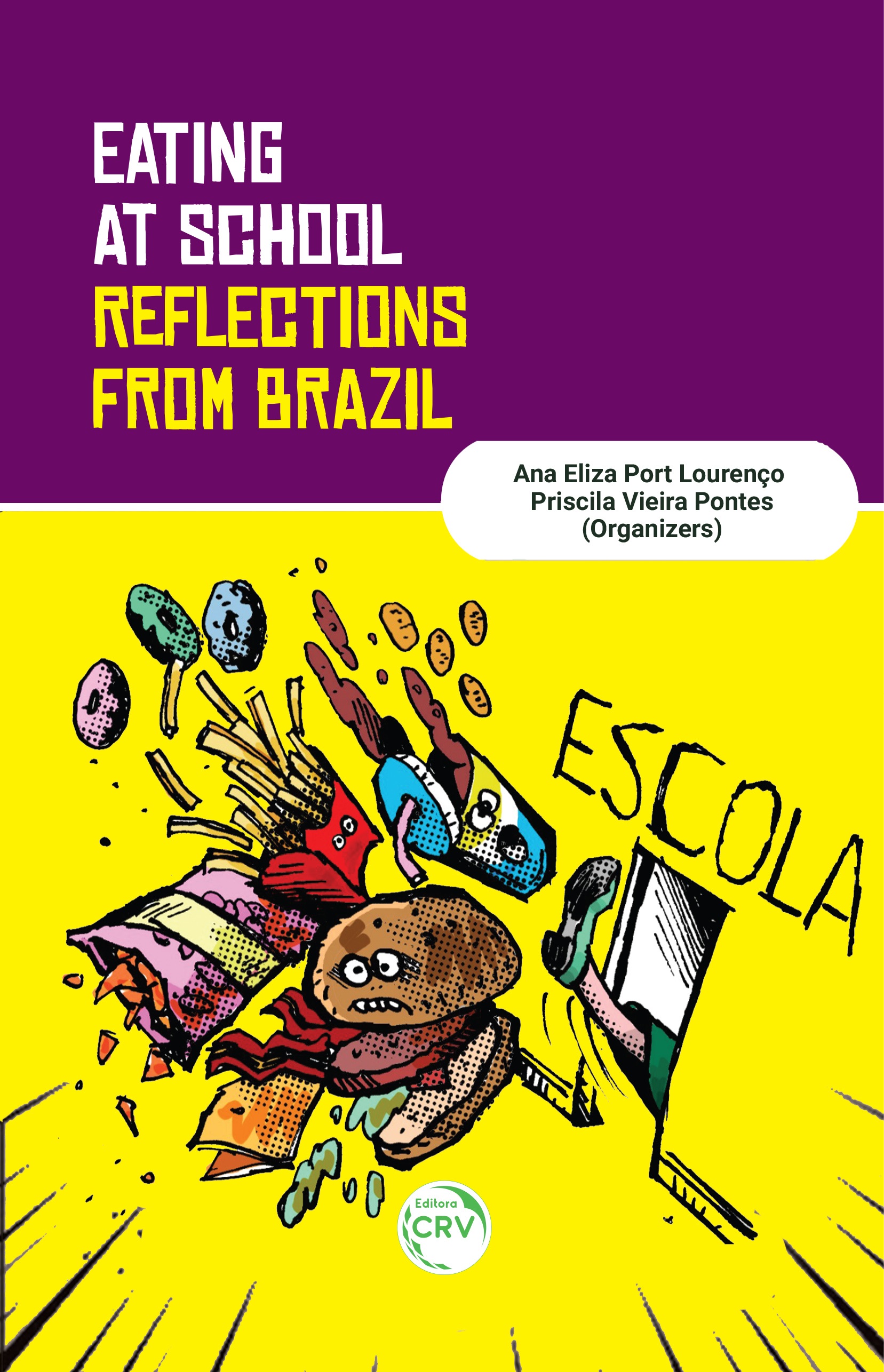 To the ever expanding library of books on school food, this one is a welcome addition.  It aims to improve school food in Brazil, but has plenty of information relevant to everywhere else.

The book is short—just 88 pages—but covers diet and kids’ health, regulation of school food, barriers to eating healthfully in school, and what to do to overcome them in short chapters.  These have important information in boxes like this one.

Imagine!  Brazil has laws governing sales and use of junk food in schools.

The reality, however, is a challenge. I heard about this book when I was asked to do a blurb (endorsement) for it.  I was happy to.  Here’s what I said:

For anyone who has kids in school or who cares about what kids eat, Eating at School is essential reading.  It is a warm, reality-based, and entirely practical guide to why school food should set a healthy example, and how to approach fixing it when it doesn’t.   The authors understand what schools and caretakers are up against and provide all the evidence anyone needs to make healthy school food a priority.

At some point, this book will be listed on Amazon.com.  In the meantime, if you would like to order it but get stuck on the website, contact this address for help: logistica@editoracrv.com.br