Do we have a food movement? The New York Times food issue

The New York Time published its annual food issue on Sunday, this one with the theme, “Can Big Food Change?” 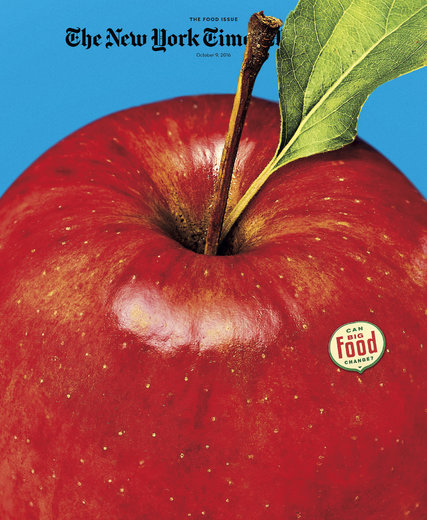 In the circles in which I travel, Michael Pollan’s “Big food strikes back: Why did the Obamas fail to take on corporate agriculture?” caused the biggest stir.  Here’s what set people off:

On “Outlobbied and Outgunned:”  The word I’ve been using to describe food industry lobbying against Michelle Obama’s Let’s Move! campaign is ferocious.

I’ve always thought that Mrs. Obama must have picked the goal of Let’s Move!—“Ending childhood obesity in a generation“—as a safe, bipartisan issue that Republicans and Democrats could all get behind.  Doesn’t everyone want kids to be healthy?

I can’t imagine that she could have predicted how controversial matters like healthy school lunches or nutrition standards for food advertising to kids would become.

Whatever.  The food industry’s response to everything Let’s Move! tried to do was ferocious.

On “the food movement barely exists:” I once taught a course on food as a social movement with Troy Duster, a sociologist then at NYU, who had much experience teaching about social movements.

He made one point repeatedly: those who are in the middle of a social movement cannot possibly judge its effectiveness.  You can only know when a movement has succeeded or failed when it is over.

This one is not over yet.

This movement, fragmented in issues and groups as it most definitely is, may not have clout in Washington, DC, but it is having an enormous effect on supermarkets, food product manufacturers, fast food chains, the producers of meat, eggs, and poultry, and young people in this country.

How else to explain:

And my personal favorite,

As Troy Duster kept telling us, it’s not over until it’s over.

While waiting for enlightenment, let’s celebrate the proliferation of food organizations.  They are all working on important issues and doing plenty of good.

And yes, let’s encourage all of them to move beyond the local, engage in national politics, and put some pressure on Washington to come up with better food policies.

Here are the other articles in the magazine, all of them well worth reading.