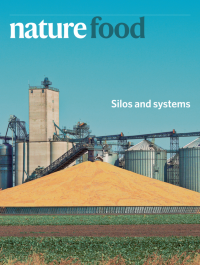 Silos and systems: The image of a corn processing plant with storage silos represents an early stage of the food supply chain and entry point to a complex, increasingly globalized food system with broad health, economic, social and environmental interactions. The journey from silo to system starts here. The Trump administration released more details on its proposed budget, in language straight out of George Orwell’s 1984. Framed as “savings and reform,” the proposal is to move the USDA’s Economic Research Service out of Washington DC.   Although this proposal says the purpose is to bring the ERS closer to rural America, its real purpose is to put the ERS out of business.

Why do I say this?  Because this proposal comes with a $26 million budget cut.   I also hear rumors that ERS research staff are being offered retirement options.

ERS is the jewel in USDA’s crown, nothing less than a national treasure, not only worth preserving but worth extolling for its truly important contributions to society.

I’ve long said that ERS was the best kept secret in government.  Its researchers worked tirelessly to provide real data on America’s food production and what it means for health.

Here, for example, is its latest report on how the U.S. food dollar is spent.

The best thing I can say about this budget is that it is unlikely to pass.  Members of Congress have been trying to put a stop to this move.  Let’s hope they succeed.

This may be a small piece of what’s happening, but in my field it is essential.

Please tell your congressional representatives to restore ERS’s budget and keep it in Washington, DC.

The Office of Management and Budget’s analysis

The USDA reports that investment in agricultural research is declining (since 2009) in high-income countries, particularly in the U.S. What with global problems of hunger, chronic disease, and climate change, shouldn’t we be doing more agricultural research, not less?

What ag schools really need to teach: a report

The Association of Public Land-Grant Universities has just released a report titled “Challenge of Change” about how the USDA can do a better job of funding research to solve important problems in food and agriculture. Traditionally, the effort to achieve food security has been largely focused on the need to increase yields in order to produce more food. There is now broad recognition that production alone will not solve the grand challenge. All aspects of our food systems must be considered: nutrition, food safety, food loss, economic costs, individual behaviors, incentive structures, and societal factors affect not only production, but also access and utilization. There is also now an understanding that production increases must be achieved in the context of water availability, energy limitations, and environmental impact. The report concludes that universities will need to change, so as to:

To achieve food security, food and agriculture will need to change to:

This is an important report because it comes from land-grant universities .  These are currently responsible for supporting industrial agricultural systems and virtually ignoring—or firmly opposing—sustainable agricultural production methods.

Some of the listings focus on dietary patterns or emerging microbiome research:

But most of them focus on single nutrients, ingredients, or foods—suggesting that they are about marketing those ingredients, not necessary health (people don’t eat single foods exclusively; we eat meals and mixtures).

These are a lot of fun.  They raise the possibility of magic bullets (if only).

Wouldn’t you rather eat chocolate than beets?  That’s what such studies are about.  And I wonder how many of them are funded by the makers of the products.  Want to take a look?