Twitter still has its uses.  It’s how I found out about about Chile’s new dietary guidelines. Even without speaking Spanish, you can see what they do that the US Dietary Guidelines do not.  They emphasize:

I’m wondering how that got in there and guessing that Chile must have a powerful dairy industry.

But I hope the new, soon to be appointed, I’m told, 2025-2030 Dietary Guidelines Advisory Committee will pay attention to Chile’s version.  It has much to teach us.

The Dietary Guidelines process: an analysis

For those of us who have observed the Dietary Guidelines since they first came out in 1980, everything about them is a source of endless fascination, if not exhausting.  They engender enormous fuss, but the basic dietary advice stays the same, year after year.  It just gets presented in ways that are increasingly lengthy and complicated.

I have a vested interest in all this.  I was a member of the 1995 Dietary Guidelines Advisory Committee.

Critics of the 2015 guidelines got Congress to order a review of the process by the National Academies of Sciences, Engineering, and Medicine (NASEM), which produced two reports.  The 2017 report recommended seven improvements to the process.  Congress then mandated an evaluation of how well USDA and HHS had implemented the recommendations.

NASEM has just published the first of what will be two evaluation reports: Evaluating the Process to Develop the Dietary Guidelines for Americans, 2020-2025: A Midcourse Report.  This one responds to the first of three questions and part of the second.

My reading of this report is that the agencies and their advisory committee did a pretty good job of producing the 2020-2025 guidelines, given the tight time schedule, the lack of resources, and the fundamental difficulties of producing solid evidence for the effects of diet on disease risk.  The report’s conclusion (p. 106):

Finally, the committee identified many instances of partial implementation of the recommendations from the 2017 National Academies report. Some of these (e.g., recommendation 6) were minor concerns. Many other concerns that might, individually, seem minor represent a more substantial concern  when considered together. For example, the many seemingly small deviations from committee-identified practices for systematic reviews together reduce the quality and utility of this important element of the evidence used to develop the DGA. Moreover, the combined effect of recommendations for which there were substantial concerns with those that were not implemented at all represents a continuing risk to the integrity of the DGA process.

Do we really need all this?  The guidelines stay pretty much the same from edition to edition: eat more fruits and vegetables (plant foods); don’t eat much salt, sugar, saturated fat; maintain healthy weight.  Or, as Michael Pollan famously put it, “Eat food.  Not too much.  Mostly plants.”

The food industry has the biggest stake in dietary guidelines, which is why we have to go through all this.

As I like to put it, I’ve made a career of criticizing dietary guidelines, and I’m not the only one.  I’m ready to move on.  If only.

The departments of health and human services and of agriculture have issued a call for nominations to the 2025-2030 Dietary Guidelines Advisory Committee.

Candidates should have an advanced degree in a nutrition- or health-related field, with at least 10 years of experience in academia, research, or as a practitioner or other health professional in a field related to 1 or more of the scientific topics to be examined.

A nomination package must include a cover letter, contact information for the individual being nominated and the nominator (if applicable), and a copy of the nominee’s curriculum vitae or resume. Nominations may be submitted by email or mail. Learn more about how to submit a nomination. 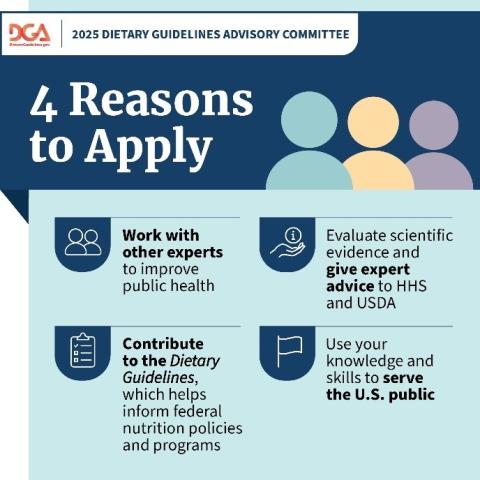 Why not give this a try?

I served on one of these committees in 1995.  Then, the committee:

That process no longer exists.  All you will get to do is write the research report.

One other difference.  My committee was instructed to do the best job we could interpreting the research for the public.

Committes are now told that all recommendations must be research-based—tricky given the complexities of human nutrition research.

But never mind: reaearch committees have one advantage.  You can stick to the research and call it like it is.

I can hardly believe it but we are going to have to endure another round of dietary guidelines, these for 2025-2030.

Because they have basically said the same things since 1980:

As I am fond of quoting Michael Pollan: “Eat food.  Not too much.  Mostly plants.”

The wording changes from edition to edition.  The editions get longer and longer.  And the basic problems—nutrients as euphemisms for the foods that contain them, more and more obfuscation–stay the same.

But maybe not this time?

ODPHP, the Health and Human Service Office of Disease Prevention and Health Promotion (of which I am an alum) has just announced “Proposed Scientific Questions to Inform the Development of the Dietary Guidelines for Americans, 2025-2030: Available for Public Comment April 15 to May 16!”

The questions whose answers will form the research basic of the forthcoming guidelines are listed here.

What’s missing here?  I think they should have a question on meat, since evidence on risk/benefit is also controversail.  OK, saturated fat is a euphemism for meat, but let’s stop using euphemisms.

What’s being ducked, at least in the guidelines?

There are two topics not on the list of questions to be examined by the 2025 Dietary Guidelines Advisory Committee that will be addressed in separate processes.

Want to weigh in on this (please do!):  here’s how (read and follow the directions carefully to have maximum impact)

As usual ConscienHealth has interesting things to say about all this.  I particularly enjoyed:

So it’s both unsurprising and unimpressive to hear that people with strong views about nutrition believe the process is rife with conflicts of interest. A group that is disenchanted with the last output from this process lays it out with a new paper in Public Health Nutrition. But Tamar Haspel made the same point much more efficiently in a recent tweet:

“I think they should just let me write the Dietary Guidelines and call it a day.”

This also reminds me about the need to select a scientific committee as free of conflicted interests as possible.  The last committee was rife with them.  HHS/USDA ought to be starting the committee selection process fairly soon.  Stay tuned.

Because AHA guidelines apply not only to coronary heart disease but also to all other chronic disease conditions—and sustainability issues—influenced by dietary practices, they deserve special attention. Most of these repeat and reinforce the 2020-2025 Dietary Guidelines for Americans.

The two big differences in the recommendations:

These recommendations are way ahead of the US Dietary Guidelines in recognizing how much ultra-processed foods contribute to poor health, and how important it is to minimize their intake.

Also unlike the US guidelines, these are unambiguous and easily summarized.

The statement is worth reading for its emphasis on two other points.

The press release summarizes the problems in society that make following healthy diets so difficult, if not impossible:

As the statement concludes: “Creating an environment that facilitates, rather than impedes, adherence to heart-healthy dietary patterns among all individuals is a public health imperative.”

Comment: From my perspective, this statement thoroughly supersedes the 2020-2025 Dietary Guidelines for Americans, which—because they say nothing about ultra-processed foods , differential protein sources, sustainability, or doing anything to counter societal determinants of poor diets—were out of date the instant they appeared.

Some of the details of the AHA statement will be debated but its overall approach should not be.

The committee that put these guidelines together deserves much praise for basing its advice on today’s research and most pressing societal needs.

Weekend food for thought (a good one!)

I saw this in a tweet from the Politico cartoonist, Matt Wuerker.  It’s too good not to share. 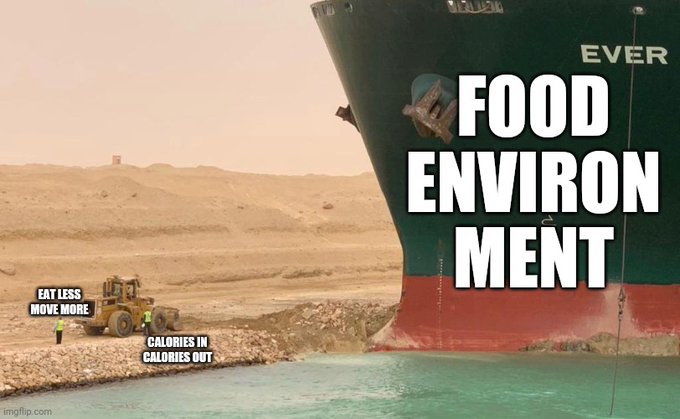 Annals of marketing: honey to dietitians

A dietitian colleague forwarded this message from Today’s Dietitian. Honey may be made by bees, but it is mainly glucose and fructose just like any other sugars.