I’ve long argued that the most intellectually challenging issue in the field of nutrition is finding out what people eat.

Here’s what it takes:  Using DNA technology, investigators examined the stomach contents of the “Iceman,” a man who died 5300 years ago but was frozen in the Alps until his body was discovered some years ago.

The result: “a remarkably high proportion of fat in his diet, supplemented with fresh or dried wild meat, cereals, and traces of toxic bracken.”

A recent radiological re-examination of the Iceman, a 5,300-year-old European natural ice mummy, identified his completely filled stomach (Figure 1A) [2]…Previous isotopic analysis (15N/14N) of the Iceman’s hair suggested first a vegetarian lifestyle [12, 13] which was later, after careful re-examination of the data, changed to a omnivorous diet [14]. Further analyses of lower intestinal tract samples of the Iceman confirmed that he was omnivorous, with a diet consisting of both wild animal and plant material. Among the plant remains, there were cereals, pollen grains of hop-hornbeam, and fragments of bracken and mosses [14, 15, 16, 17, 18, 19, 20]… In summary, the Iceman’s last meal was a well-balanced mix of carbohydrates, proteins, and lipids, perfectly adjusted to the energetic requirements of his high-altitude trekking.

Nearly half (46%) of the bulk stomach contents consisted of animal fat, much of it saturated.  This, apparently, had consequences:

Fascinating, no?  Now if we could do this kind of analysis on a population basis, think of the questions we could finally answer! I don’t usually write about diet books, but Lisa Young did her doctorate with me and I have followed her subsequent career with great interest.  She has taught for years in my NYU department and has a lively private practice counseling clients about weight loss and other nutrition issues.

Her book explains what works best with her clients.  She must be fun to work with.  The writing is warm, friendly, and to the point.  Her advice is easy and sensible: eat what you like (especially of healthy foods), just not too much.   She is generous with tips about how to deal with parties, restaurants, and other challenging situations, what she categorizes as “slices of advice,” “bite-size goodies,” and “wedges of wisdom.”

Her main focus is on portion control:

Portion control is like a classic wardrobe: It never goes out of style.  It’s not a trendy fad but a proven method for healthful living.  When you enjoy balanced meals and nutritious foods in appropriate portion sizes, you can get off the weight-loss merry-go-found.  So go ahead and enjoy a glass of wine or an occasional ice cream cone (a single scoop!).  Eat brown rice, quinoa, and other healthy carbs.  It’s not only okay.  It’s the best way to achieve long-term weight loss and maintenance.

Good advice, and easy to take.

No wonder its getting such great press.

What’s up with the retracted Mediterranean diet study?

In a most unusual action, the New England Journal of Medicine has retracted a 2013 study of Mediterranean diets and published a new version of it at the same time.

The authors describe Mediterranean diets as containing a

high intake of olive oil, fruit, nuts, vegetables, and cereals; a moderate intake of fish and poultry; a low intake of dairy products, red meat, processed meats, and sweets; and wine in moderation, consumed with meals.

The conclusion of the original, widely publicized, but now retracted study:

The conclusion of the newly analyzed version:

Looks the same, no?

The most thorough analysis of the study that I have seen comes from Hilda Bastian at PLoS Blogs.

Even for the full group, there was no statistically significant difference on myocardial infarction or CVD mortality – just for stroke. And in the supplementary information, there wasn’t a difference in the Kaplan Meier analysis for stroke either.

What are we to make of all this?

Diet trials are notoriously difficult to conduct and interpret and the Mediterranean diet—largely vegetarian with olive oil as the principal fat—was associated with great health and longevity based on studies of people who lived on the island of Crete immediately after the Second World War; they did not have much food to eat and were highly physically active.

And then there’s the matter of who paid for the study.  The retracted study and its revision were funded independently.  But a study published on June 13 concludes:

Adults who are overweight or moderately obese may improve multiple cardiometabolic disease risk factors by adopting a Mediterranean-style eating pattern with or without reductions in red meat intake when red meats are lean and unprocessed.

The funder?  The Beef Checkoff and the National Pork Board.

Overall, the 2015-2020 Dietary Guidelines for Americans recommends Mediterranean dietary patterns for their health benefits, defines what goes into them in Table 1.2 (p. 35), and provides more details in Appendix 4 (starting on p. 83).

Mediterranean diets are delicious.  While the scientists are arguing about exactly how healthy they might be, enjoy!

The president of the company that makes this product, Max Baumann, says that he wants Bear Squeeze to be known as a “higher-end, cleaner Soylent.”

If there’s any indicator that a large group of consumers are stoked about a meal replacement powder formulated to meet the requirements of a ketogenic diet, let that be California-based Bear Squeeze’s performance on fundraising platform Indiegogo,​ ​where it raised 421% of its $25,000 goal, a good month before its fundraising deadline.

The brand also snagged the top prize​​ at the new beverage showdown competition at BevNET Live last month, showing that Baumann has gotten the industry excited about his brand as well.

Why this product?  There is money—lots of it—to be made, apparently.

The impetus to start Bear Squeeze,…was seeing the success of meal replacement brands like Soylent, which recently moved from exclusively digital to brick-and-mortar. Soylent CEO Bryan Crowley said last month that sales performance in the offline channel “blew away expectations.”​​​

I have to confess not getting this.  With plenty of healthy, delicious food around, and at a cost buyers of products like these can well afford, why would anyone want to substitute something that tastes pretty awful (I’ve tasted Soylent and doubt this can be much better) for fabulous food?  People who consume these products must not be foodies, alas.

Weekend reading: Diet and the Disease of Civilization 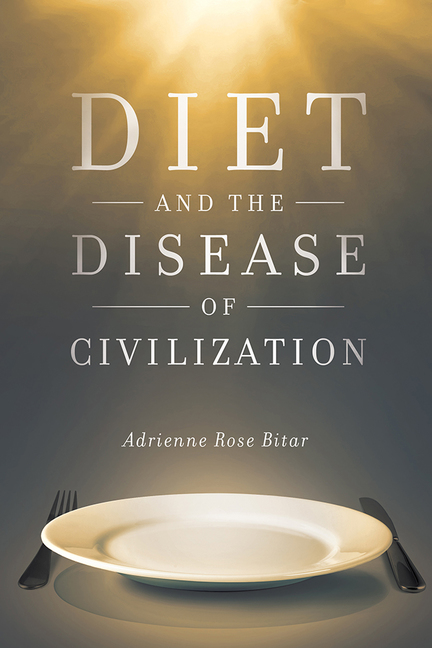 Bitar’s fascinating thesis is that diet books are ways to understand contemporary social and political movements.  Whether or not you agree with her provocative arguments, they are well worth reading.

I also took some extra notes because the publisher wanted a particularly short blurb.  As you might suspect from my brief comment, I have some quibbles with some of Bitar’s arguments, but the book is interesting, well written, and worth a look.

Here’s a sample from the chapter I thought strongest, the one on Paleolithic diets.  It refers to classic images of man arising from apes, and then degenerating into obesity.

These images suggest what is much more explicit in the text—that the diet is a story about humanity, about evolution, about civilization and dis-mankind.  The body of the individual dieter is situated in a long, deep history of mankind.  The dieter is biologically indebted to the Paleolithic Era and, in turn, the coming generations will be indebted to him.  Everyday body practices of the individual—eating, sleeping, walking—are elevated to symbols of mankind’s ascent or descent, failures or triumph, in the grand narrative of progress (p. 41).

I’m in Europe this week so especially interested in its public health efforts. This report is an example.

The purpose of this report is to encourage public health professionals to promote policies that will enable individuals to make healthier food choices.  It’s a long report, but summarizes its goals in one quick table: Another ongoing saga: the legacy of Ancel Keys

I cannot understand the revisionist attack on the work of Ancel Keys, who died at the age of 100 in 2004.  Most scientists are lucky to have made important contributions in one area.  Keys produced outstanding work in several:

The fuss, of course, is over this last one, particularly his role in the Seven Countries Study.  The arguments falls right into today’s absurd debate about sugar vs. fat as a cause of disease (absurd, because we don’t eat sugar or fat; we eat foods and diets that provide energy measured as calories).

What started off this most recent fuss is Ian Leslie’s The Sugar Conspiracy, which begins with the question “How did the world’s top nutrition scientists get it so wrong for so long?”  This alone is a red flag.  “Everything you thought you knew about nutrition is wrong” is a sure signal for caution; that’s not how science works.

The attack on Keys’ work induced the True Health Initiative to develop a ​White Paper in defense (here’s its press release).  Its authors: Katherine Pett (who had written a blog post in defense), Joel Kahn (who also wrote a blog post) Walter Willet (long a champion of Mediterranean diets), and David Katz (who wrote about it in his own blog post).

In response, Michael Joyner pointed out that R.A. Stallones (a professor of mine at the School of Public Health at Berkeley) had made the same arguments years ago. Another defense of Keys’ work comes from Kevin Klatt, a nutrition biochemistry PhD student at Cornell.

Sarah Tracy, a science historian at the University of Oklahoma, has been working on a biography of Ancel Keys for years.  I can’t wait for it to come out.  We need to have Keys’ life and work put in reasonable perspective.

While waiting for the fat v. sugar debate to resolve (I’m predicting it won’t), eat a healthy diet, enjoy what you eat, and be skeptical when writers write about nutrients, not food.