My NYU colleague, Fabio Parasecoli, has just published this one.  I blurbed it:

Fabio Parasecoli draws on his deep international experience in this thoughtful analysis of how food gets ensnared in political ideology to separate “us” from “them.”  Gastronativism argues convincingly that food systems are indeed global, and the sooner we get those systems to bring people together, the better.

On the connection between gastronativism and populism:

Not by chance, some of most infamous manifestations of gastronativism have appeared in countries where these leaders operate.  Food is able to activate emotions and does not require much mediation; it is shared by everybody, everybody experiences it, everybody is an expert.  Gastronativism interprets people’s tangible experiences and frustrations as consequences of all-powerful, stealthy, and ruthless global dynamics, and it often does it through the language of victimization and suffrance.  Gastronativism provides a sense of rootedness, comfort, and security against the globalization. (p. 15)

On how gastronativism fosters a sense of community:

Instability has made the desire for community and rootedness more urgent, for good and for bad.  Food, as an expression of individual and shared identities, constitutes the perfect vehicle to make such aspirations tangible.  As such, the passions it elicits are ripe to be channeled ideologically.  Ideas of locality, nation, tradition, heritage, and authenticity have been activated in political projects operating at movements that range from anarchic anti-globalism to various forms of populism, nationalism, and sovranism, tainted at times with racism and xenophobia.

On gastronativism as a representation of “us” vs. “them”:

A deeper awareness of the political, non-neutral quality of all processes defining food traditions and the quest for authenticity can provide a better grasp of the dynamics that allow dishes, products, or customs to be experienced as “local” or “ours.” Understanding their emergence and changes over time and space would not diminish their emotional power, but it could blunt their exploitation by belligerent political actors. Appreciation and pride in one’s culinary world should not necessary imply debasing the food of the others… By chipping away at ideas of an ageless, essential “us,” greater awareness of the possible destructive impulses of gastronativist motivations and strategies could generate more openness toward “them,” whoever they may be.

Juneteenth: a holiday celebrated with food

Today, we celebrate Juneteenth, the day slavery ended in Texas.

Here’s a quick introduction to the food traditions, courtesy of the food historian Michael Twitty and Oprah Winfrey.

If you want to dig deeper, there is plenty to work with.  For starters:

And anything by Michael Twitty is worth reading. Some odd items, just for fun

I’ve been collecting intriguing items about new foods and supplements, soon to be at a supermarket near you. 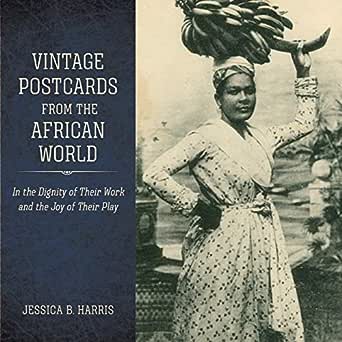 I am indebted to DairyReporter.com for this item, which especially interested me because one set of my grandparents immigrated to the United States from Lithuania in the very early 1900s.  Perhaps this explains why I like ice cream so much.

It seems plain vanilla ice cream might soon be out of fashion in Lithuania, where chefs are experimenting with natural flavors, including plenty not normally associated with ice cream.”

He’s not kidding.  Try these:

Passover during the 11th plague: Celebrate! This comes from ©Bill Wurtzel’s “Food For Thought about COVID-19.”

And a reader, Harvey Carroll, forwards this (original source unknown): One of my favorite chefs, Mark Strausman, has posted instructions for a virtual passover.  Here, for example, is his video for do-it-yourself matzo. I know about this book mainly because my NYU colleague Marie Bragg and I have a chapter in it, “The politics of government dietary advice: the influence of Big Food.”

The book is meant to introduce readers to the field of food sociology through themes.  It divides chapters by various authors into three sections: the social appetite, the food system, and food culture.

to make the sociological study of food relevant to a multidisciplinary readership, particularly those across health, nutrition, and social science disciplines.  Our further aim is to reach a broad readership so that those interested in food, nutrition, and wider issues of food production, distribution, and consumption can discover the relevance of studying the social context of food.

The chapters plunge into the controversies and come with summaries of the main points, sociological reflections, discussion questions, and ideas for further investigation.

The sociological reflection on Marie’s and my chapter says:

Dietary guidelines and food guides, although apparently “science-based,” are created by individuals who serve on government committees and are subject to the same kinds of influences as any other members of society.  Because the food industry is the sector of society with the strongest stake in the outcome of dietary guidance, government agencies and committee members are strongly lobbied by industry.  Controversy over dietary advice derives from the contradiction between the health-promoting goals of public health and the profit-making goals of food companies.

If you are looking for a quick introduction to food sociology, here’s a place to begin.  The editors are Australian academics so there are plenty of Australian examples.

If you are in New York or can get to it, go see Julia Cho’s play, Aubergine (“Eggplant”) at Playwrights Horizons.

Ignore the tepid review in the New York Times.  The reviewer, Charles Isherwood, doesn’t seem to be either a foodie or a food studies scholar.

If you are either or both, or just open to the deeper meanings of food in society, you will get the point of this play right away: the emotional significance of remembrance of meals past.

The acting is terrific (even Isherwood says so).  The characters are warm, funny, foodie, and deeply touching.  And you don’t even have to speak Korean to understand them.

It’s only playing until October 2.  Aubergine deserves an appreciative audience. And while you are there, keep your eye on that turtle.  No spoiler here: you will need to see the play to understand its role (it should get acting credit).