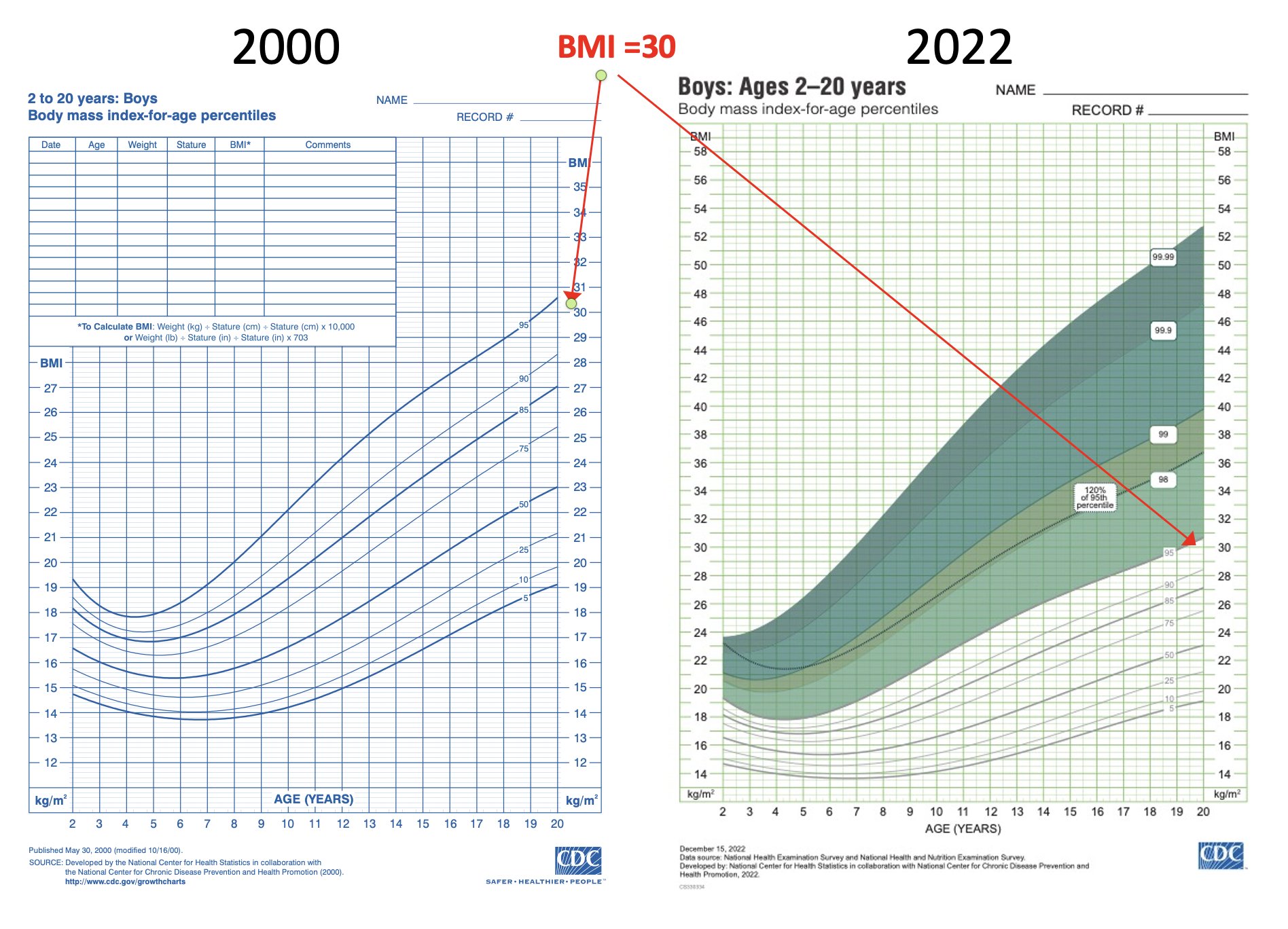 Weekend reading: The politics of kids’ food in America

Here’s what’s happening with kids and food these days.

Amedeo Bettauer, a.k.a. Kid Pundit, is my 12-year-old neighbor in New York.  His opinion:

Kids menus are unhealthy, have no variety, and are teaching bad eating habits to young kids. Here’s why.

He would appreciate Likes if you are so inclined.

From the press release for this report:

One in six young people nationwide, 16.2 percent of youth ages 10-17, have obesity, according to the newest available data. The data reveal sharp disparities, with the highest obesity rates among youth of color and youth from households with low incomes. ..The report, available at www.stateofchildhoodobesity.org, includes the latest data on childhood obesity rates and offers policy recommendations for prioritizing health and equity.

III.  Center for Science in the Public Interest report on that status of kids’ meals in restaurants: “Selling Out Kids’ Health: 10 Years of Failure from Restaurants on Kids’ Meals”

Among the report’s dismal conclusions:

IV.  Healthy Eating Research has feeding recommendations for kids ages 2 to 8.    The complete report is here.

Here’s an example of its recommendations: Good news: Changes to the WIC package are associated with a lower prevalence of obesity among young kids

Here’s some good news for a change.  The CDC announces that young children enrolled in the WIC program are reducing their prevalence of obesity.

One possible explanation:  WIC revised its food packages a few years ago to emphasize healthier food options in order to

promote fruit, vegetable, and whole wheat product purchases; support breastfeeding; and give WIC state and territory agencies more flexibility to accommodate cultural food preferences….In addition, the availability of healthier foods and beverages in authorized WIC stores has increased. Children enrolled in WIC consumed more fruits, vegetables, and whole grain products and less juice, white bread, and whole milk after the revisions than they did before.

An editorial in The Lancet made me realize that I had not read this one nearly carefully enough.  It deserves careful reading. It comes from Sallie Davies, who just stepped down as Britain’s Chief Medical Officer.  In another Lancet piece, she and her colleagues insist that children have a right to live in a healthy environment:

Today, government legislation is necessary not simply because we have an obligation to protect vulnerable children, but because children have rights. The UN Convention on the Rights of the Child (UNCRC), the most widely ratified international human rights treaty, sets out children’s rights to protection, education, health and health care, shelter, and good nutrition…a child rights approach requires us to recognise childhood obesity as the responsibility of the state and as an issue that must be addressed across society…It is time to address childhood obesity as a rights issue.

In her report, she insists that government should enact legislation to ensure a healthy food environment; Annex A lists recommendations:

Weekend Spanish lesson: a book about obesity for teenagers I did a blurb for this book (it’s in Spanish on the back cover):

I can’t think of a better target audience for a book about the social, economic, and political causes of obesity than the young people who will be tomorrow’s leaders and policymakers.  Simón Barquera gives them–and readers of any age—the skills to recognize how food and beverage companies promote corporate profits over public health, and to act on this knowledge through advocacy for regulating conflicts of interests.  These skills are essential for preventing obesity and creating healthier food systems.

I’ve wrote about Barquera’s work a couple of years ago; he is one of the Mexican soda-tax advocates who had spyware installed on his phone, and is a researcher at the public health institute in Cuernavaca where I went on a Fulbright in February 2017.

I hadn’t seen the book’s illustrations when I did the blurb.  If I had, it would have been hard to talk about anything else because they are beyond charming.  It’s hard to pick a favorite, but I especially like this one. This book needs an English translation!  I hope someone is doing one.

If you want a copy, try this link.

Letter to The Nation about Michelle Obama’s “Becoming”

Michelle Obama’s new book, Becoming, may be a blockbuster, but The Nation wishes she were more political.  An interview of Nation-contributor Amy Wilentz by Nation-contributing editor Jon Wiener about Becoming induced me to fire off this letter:

The Edible Is Political

As a longtime subscriber to The Nation and the author of Food Politics and other books on this topic, I was dismayed to read the following exchange in Jon Wiener’s interview with Amy Wilentz [“Michelle Obama’s Carefully Scrubbed Memoir,” online Nov. 30]:

JW: I wonder if it’s possible that Michelle Obama actually is not a political person. Maybe the things she cares most about really are childhood obesity and healthy eating. We would like her to be more political, more of a progressive Democrat—but maybe she isn’t.

AW: But remember that, for her, those issues—childhood obesity and the “Let’s Move” idea—are political issues. It’s not like decorating the White House.

Childhood obesity most definitely is a political issue and for everyone, not just Michelle Obama. Childhood obesity is directly linked to the corporatization of America; to discrimination based on race or gender; to income inequalities; to the increasing privatization of what used to be public goods; to depressed wages; to immigration policies; to lack of a decent health-care system; and, not least, to current divisions in Americans’ views of what our society should look like.

If “Let’s Move” seems apolitical in retrospect, it’s because of the intense opposition it faced from those who understood perfectly well that taking on childhood obesity meant, in essence, taking on the entire trillion-dollar-a-year food industry and everything else that backs up our current food system.

I’ve always wondered whether Michelle Obama knew just how political childhood obesity would be when she took it on, or whether she thought it was something that would easily attract widespread bipartisan support. I suspect the latter and am not convinced by assurances that she knew it would be a fight. The White House Task Force Report on Childhood Obesity produced a mixed bag of objectives for “Let’s Move,” out of which she picked two that appeared especially supportable: access to healthy food in low-income communities and healthier school food. But the pushback, especially on school food, was ferocious. That’s why the new school-food rules, compromised and unfunded as they were, seemed like a political triumph.

Marion Nestle is, of course, right about this. I should have said something like, “Childhood obesity is a political issue, but that’s not the way Michelle Obama presents it in the book.” Sadly, in listing her accomplishments, “Let’s Move” and the White House garden come after commissioning new china for the newly redecorated dining room.

Jon Wiener, as it turns out, is spot on.  I had not read Becoming at the time I wrote the letter but this exchange sent me right to the book.  Mrs. Obama focuses on the personal and indeed presents herself as uninvolved in the political.  But during the Let’s Move era, she gave a couple of decidedly political speeches about the role of the food industry in childhood obesity (here’s my summary of one of them).

If you want an overview of the current status of nutrition problems in the world, what is being done about them, and what needs to be done about them, this report is required reading (to get to the download button for the entire report, scroll to the end of the page).

The report is chock full of useful facts, figures, case studies, and recommendations.  A massive undertaking, it

For a quick overview, go right to the slide deck and then to the graphics in the executive summary.

The report deals both with problems of malnutrition (undernutrition) and obesity (overnutrition), especially in children. It also deals with adult obesity:

It identifies measurable nutrition indicators that can be used to track progress:

It recommends actions to reduce the prevalence of malnutrition and obesity. What stands in the way of implementing these steps?  Political will, alas.

These reports have come out annually since 2014.  Let’s hope this one gets the attention it deserves.

Where are we in obesity prevalence?  The Robert Wood Johnson Foundation (RWJF) and Trust for America’s Health (TFAH), are keeping score for us.   Their report gives figures state by state.  Since I live in New York, I’m highlighting its figures. This looks like good news.  The increase is slowing down and maybe trends are leveling off at long last.

CHILDREN’S PREVALENCE OF OVERWEIGHT AND OBESITY This also looks hopeful.  The prevalence is level or declining in most states.

But, as Richard Besser of the Robert Wood Johnson Foundation and John Auerbach of Trust For America’s Health explain in an editorial in The Hill,

One of the best ways to bring down those adult obesity rates in every state is to prevent children from becoming overweight or obese in the first place…Unfortunately, there are signs that we are moving in the wrong direction—and not just on school meals…These kinds of threats put at grave risk the progress our nation has achieved. To accelerate progress in addressing obesity, we urge policymakers to support proven programs like school meals and SNAP that put kids on a healthier track for their entire lives, and maintain full funding for agencies like the Centers for Disease Control and Prevention that are responsible for protecting the health of kids and adults nationwide.